Artist Alley is designed for individual artists (pencillers, inkers, colorists) only, and their table must consist of at least 51% prints and/or originals of the Artists own work. The rest can consist of other artistic interpretations (crafts, sculpting, etc.) but they must be exclusive creations of the Artist. Prints/exact reproductions of the work of other artists will not be considered for Artist’s Alley.
If you create craft types of work (sculpture, knitting, crochet, bracelets/earrings/other jewelry, plush/stuffed animals, pins/buttons, etc.) and it is more than 49% of your presentation then you are not eligible for Artist Alley. Crafters must apply using the Vendor Application. 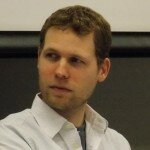 Dusty Higgins, a central Arkansas native, is the creator and artist behind Pinocchio, Vampire Slayer. By day, he is an award winning illustrator and graphic artist at the Arkansas Democrat-Gazette in Little Rock, Arkansas. Some of his other books include Knights of the Living Dead and The Funny Thing About Football, a collection of sports cartoons about the Arkansas Razorbacks. Higgins also worked on Dark Horse’s short-lived Turok series.

Kimberly Dunaway is a Freelance Artist/Illustrator from Memphis, TN. She has worked heavily in the Trading Card Industry as a sketch card artist for Topps,Cryptizoic, Upper Deck and Breygent Marketing to name a few. She has worked on properties including Star Wars, Mars Attacks, Archer, American Horror Story, Grimm, Vampirella, Red Sonja, Marvel, DC, The Avengers Movie Trading Cards, Dead World, Transformers and more. She created cards included in the 501st card packs at Star Wars Celebration VI as well as cards for San Diego Comic Con 2012-2013for Breygent Marketing. Kimberly has also participated in several charity card projects as well as the Wonder Woman Day, Rock for Kids art project, and creating custom shoes and surf board art for many charity projects. Besides creating sketch cards, Kimberly creates custom Mighty Mugg figures as well as jewelry, and t-shirts for clients with her screen printing business Atomic Screens and even finds time to create Cosplay costumes for shows and has been used as a character reference model for several comic related projects. You can find her art and Cosplay at www.kimberlydunaway.com

Illustrator of The Pirate Bride Saga and pop culture t-shirts. 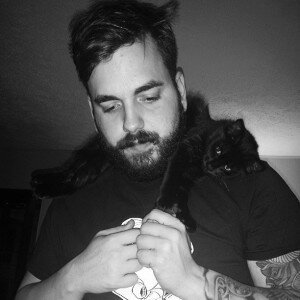 Ryan Wheaton is an artist and illustrator that was recently able to put aside the shackles of a day job after successfully funding a Kickstarter campaign for his comic book “Stronghold”. Between working on Stronghold and freelance design gigs he enjoys painting and has dedicated himself to a “Drawing a day” every day for 2014. He lives in the Midwest with his girlfriend and two cats.For more details and samples of his work, be sure to check out ryanwheatonillustration.com or on instagram @ryanwheaton 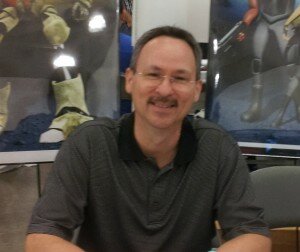 David Schedler is an award winning, Emmy nominated independent animator.  His first animated short “The Bridge” won the Poly-Neko award at the Wanderings Film Festival in 2011 and was also an official selection to the film festival held during the LaSiFi convention this past May.  Currently David is working on a solo animated feature film, due out later this year. 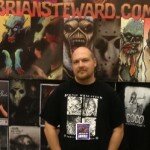 Brian Steward is an artist, radio show host, filmmaker and actor from Texas.

Brian has recently partnered with Fangoria Magazine to produce an exclusive series of art prints featuring some newly painted, re-imagined versions of classic horror films including Re-Animator, Cannibal Holocaust, Friday The 13th and many others, as well as prints of his original works. Brian is also working on Fangoria’s recently resurrected GoreZone Magazine as a feature artist.

Additionally, he is currently working with Brian Yuzna creating some new official, licensed Re-Animator art as well as other projects for Re-Animator Productions, Inc.

Every Tuesday night at 8 p.m. (central) on liveparanormal.com he hosts his own live radio show, “A Bunch Of B.S. With Brian Steward”. Every week Brian welcomes guests from the fields of film, music and art. Past guests include cast members of AMC’s The Walking Dead, Friday The 13th, The Texas Chainsaw Massacre as well as members of the bands Danzig, Type O Negative and The Misfits.

In the past, Brian’s work has been seen in Playboy Magazine, Pro Wrestling Illustrated, on “LIVE! with Regis and Kelly”, art for the rap duo TWIZTID, and in numerous comics, video games, magazines, even children’s books. He has also worked in the animation field as lead animator and designer on many television commercials and corporate videos.

He has worked at Heavy Metal Magazine as lead book designer and contributing illustrator. He cites one of his favorite jobs as working with Malibu Bay Films’ late great Andy Sidaris and his wife, producer Arlene Sidaris. Brian was heavily involved in the DVD release of all 12 of their films and co-writing, inking and coloring a series tie-in comic book with Andy.

Even with all this art crap, Somehow, he has been married almost 20 years…

He currently works as a freelance comic artist on independent comics and private commissions. Mastajwood has also worked in the field of animation, most recently on Fox’s ADHD Axe Cop. His website, www.jonewoodard.com not only showcases his latest work but is a great place for artist to read tech reviews by a fellow artist.

Chris (Cee) Raymond has been writing, drawing, slinging ink and making poor use of his talents for nearly 20 years now. After cutting his teeth on an array of writing and illustrating platforms, including the Little Rock Free Press and the syndicated comic strip Strange Brew, Cee has branched out and found his niche in the weird with his independent works. His original creations can be found on many Little Rock metro area posters, t-shirts, and other media for the local entertainment industry. In 2012 he illustrated a comic adaptation of Johnny Cash’s Don’t Take Your Guns to Town. His latest release, OMINOUS SOFA is the first in his mini-comics anthology and is available now. He hates to drive, sometimes likes to clink the pints, smoke with friends and is in constant defiance of television marketing.

Lin Workman is the creator of the webcomic/geek travel blog Have Geek Will Travel, the webcomic Scared Silly, and is co-creator of the self-published comic book series Bushi Tales.  He has been an artist and screen printer in the t-shirt industry for over 25 years and designed monuments and tombstones for five years as a graphic artist.  Lin has also contributed his talents to sketch cards for The Empire Strikes Back 3D Widevision, Star Wars Galaxy 6 and Galaxy 7, Star Wars Galactic Files, 501st Star Wars Celebration VI, Star Wars Perspectives, Mars Attacks,Deadworld, DC Women of Legend, Carnival, Fantasy Z-Cards, The Art of Robert Aragon, and Transformers trading card series, Stargodz comic book, Mid-South Cartoonists Association’s comic book anthologies It Came From Beneath the Drawing Board and Overdrawn and Underwritten, Comic Geek Speak’s CGS: The End comic book, Christa Michaels’ Ramblings with Redde: Why Does My Life Seem Like a Bad “B” Flick? book (cover and interior illustrations), and The Wake-Up Crew’s webcomic for Rock103.com in Memphis, TN.  Lin is a member of the Mid-South Cartoonists Association and DeSoto Arts Council, and has also been involved with many art shows around the mid-south, including several one man shows featuring his “Monsterpieces”. 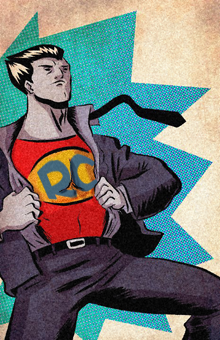