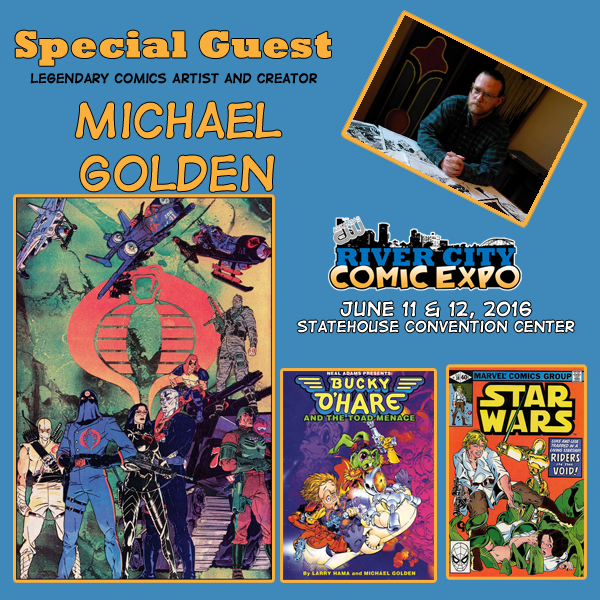 One of THE storytellers in the industry, influencing generations of comics fans and professionals, Michael Golden boasts creations that are some of the most licensed and enduring in the industry.

Co-Creator of Rogue, Bucky O’Hare, Micronauts and “The ‘Nam,” among much more, Golden is known as one of THE artists on such characters as Batman, Doctor Strange, G.I. Joe and the Punisher. Golden’s recent covers can be seen on everything from “Spawn” to the “Walking Dead,” to World Wrestling work. Recent covers include works on “The Walking Dead,” “Deadpool,” and “DareDevil,” to name a few.

In short, no history of comics is complete without touching on the influence that this legendary artist has had on this industry. Recent books on the colorful life and vibrant art of Golden include “Michael Golden: Alchemy” “Modern Masters: Michael Golden” and “Excess: The Art of Michael Golden,” and “Michael Golden: Dangerous Curves.”

In addition, having served as both Senior Art Director at Marvel Comics and Senior Editor at DC Comics, Golden’s lectures and classes in storytelling are sought after world wide, with recent venues including places as diverse as Spain, France, Russia, Norway, Brazil, Chile and China. With recent gallery shows mounted in New York City, Maryland, Spain and Russia.