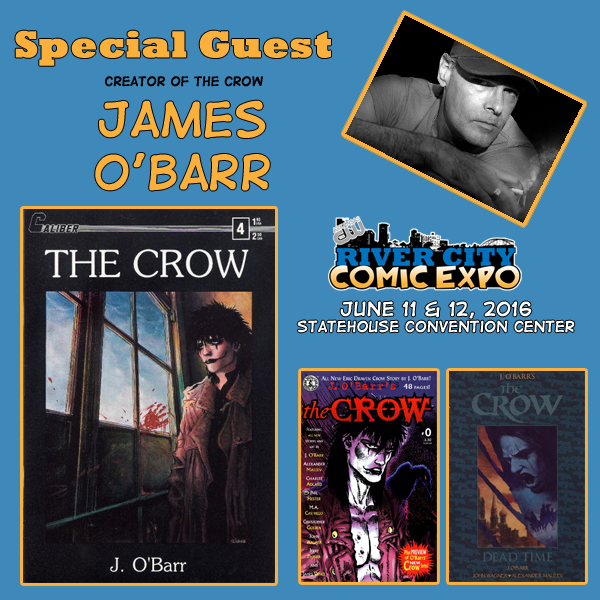 He likes to lament that he was born in a trailer in Detroit just in time to see Marilyn Monroe and John Kennedy die, but claims no responsibility for either. He spent his first seven years in an orphanage and foster care where he spent most of his time drawing.

When he was adopted he brought along his crayons and has been using them ever since.

While stationed in Berlin, in the late 70’s he created The Crow as an attempt to deal with the death of his fiance at the hands of a drunk driver. It took nearly ten years to finish and no publisher was interested in it (“too gloomy, too confusing…”) until, on a whim, Caliber published the first issue in 1989.

It is currently the best-selling independent graphic novel of all time at over 1 million copies sold.

In 1993 his book was adapted into the cult film of the same name starring Brandon Lee. He would like you to know that nearly all of the money made from the film was donated to children’s charities and he had nothing to do with the subsequent 3 sequels or TV show, but he will be a consultant on the new Crow movie that goes into production in 2014.

He has worked for every major publisher. In Italy, 1995, he won the Academy Award of comics, the Yellow Kid award for best storyteller.

Recently returned from a record breaking signing tour for the Italian Edition of “The Crow,” his most recent book is a the new sketchbook from Eva Ink Publishing “James O’Barr: Uncoffined.”